The death toll from the coronavirus outbreak has risen to 170, and a confirmed case in Tibet means it has reached every region in mainland China.

Chinese health authorities said there were 7,711 confirmed cases in the country as of 29 January.Infections have also spread to at least 15 other countries.

The World Health Organization (WHO) will meet on Thursday to again consider whether the virus constitutes a global health emergency.

"In the last few days the progress of the virus, especially in some countries, especially human-to-human transmission, worries us," WHO Director-General Tedros Adhanom Ghebreyesus said on Wednesday.

'The silence is horrifying': A diary of life under lock down Visual guide to the outbreak

He named Germany, Vietnam and Japan, where there have been cases of people catching the virus from others who have been to China.

"Although the numbers outside China are still relatively small, they hold the potential for a much larger outbreak," the WHO chief said.

More people have now been infected in China than during the Sars outbreak in the early 2000s, but the death toll remains far lower. Sars, also a coronavirus, caused acute respiratory illness.

Researchers are racing to develop a vaccine to protect people from the virus. One lab in California has plans for a potential vaccine to enter human trials by June or July.

What's the latest on evacuations?

Voluntary evacuations of hundreds of foreign nationals from Wuhan are under way to help people who want to leave the closed-off city and return to their countries.

The UK, Australia, South Korea, Singapore and New Zealand are expected to quarantine all evacuees for two weeks to monitor them for symptoms and avoid any contagion.

British flight out of Wuhan 'unable to take off'

Australia plans to quarantine its evacuees on Christmas Island, 2,000km (1,200 miles) from the mainland in a detention centre that has been used to house asylum seekers.

Singapore is setting up a quarantine facility on Pulau Ubin, an island north-east of the city-state's mainland.

A cruise ship carrying 6,000 passengers is currently blocked near Rome after a couple from Hong Kong came down with fever and respiratory problems - they are being held in isolation on the ship while tests are carried outRussia has closed its 4,300km (2,670-mile) far-eastern border with ChinaFlights to take British and South Korean citizens out of Wuhan have both been delayed after relevant permissions from the Chinese authorities did not come throughTwo flights to Japan have already landed in Tokyo.

Three passengers have so far tested positive for the virus, Japanese media reportAround 200 US citizens have been flown out of Wuhan and are being isolated at a military base in California for at least 72 hoursTwo aircraft are due to fly EU citizens home with 250 French nationals leaving on the first flightIndia has confirmed its first case of the virus - a student in the southern state of Kerala who was studying in Wuhan 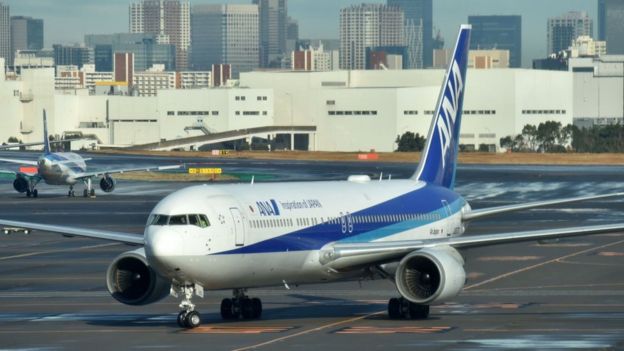 How is China handling the outbreak?

Although questions have been raised about transparency, the WHO has praised China's handling of the outbreak. President Xi Jinping has vowed to defeat what he called a "devil" virus.

The central province of Hubei, where nearly all deaths have occurred, is in a state of lockdown. The province of 60 million people is home to Wuhan, the heart of the outbreak.

The city has effectively been sealed off and China has put numerous transport restrictions in place to curb the spread of the virus.

People who have been in Hubei are also being told by their employers to work from home until it is considered safe for them to return.

The virus is affecting China's economy, the world's second-largest, with a growing number of countries advising their citizens to avoid all non-essential travel to the country.

How are coronavirus patients treated?

How worried should we be?

There have been reports of food shortages in some places. State media says authorities are "stepping up efforts to ensure continuous supply and stable prices".

The Chinese Football Association has announced the postponement of all games in the 2020 season.